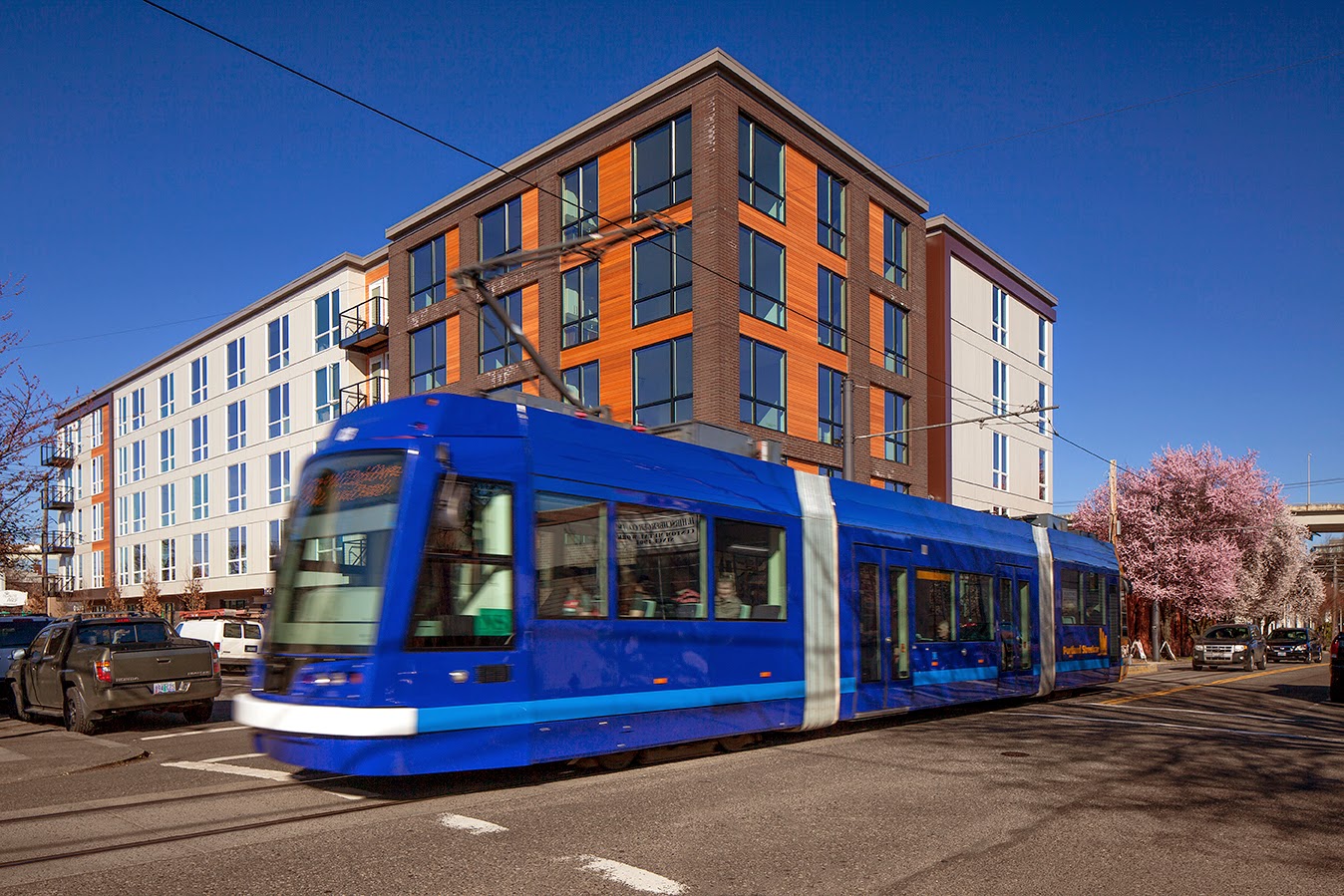 When you’re hot, you’re hot. The Addy Apartments, a 104 unit building located on NW 18th & Northrup in Portland, opened at the end of February this year and is 100% leased just four months later achieving rents from $2.42 – $3.07 per square foot! (averaging $2.69 per foot)
The Addy had a few advantages right from the start. It’s perfectly situated between NW 23rd Avenue and the Pearl District. Residents are within walking distance to just about everything, including grocery stores, restaurants, bars and parks. What they can’t walk to they can bike or take the streetcar, which runs directly in front of the building. For added panache, the ground floor commercial space was leased before the building opened to an exciting local restaurateur, Boke Bowl.  All of these features are highly attractive to urban renters and contributed to the overall marketing appeal when The Addy began pre-leasing.
Seattle developer Lake Union Partners hired Guardian Management last winter to lease up and manage the building.
“We were looking for a management company who really understood the local Portland market and also had robust marketing capabilities for a lease up,” said Joe Ferguson, principal at Lake Union Partners. “We’ve been extremely pleased with Guardian’s performance and with the velocity of the lease up effort.”
The Addy was 25% pre-leased before the building opened. A model unit was assembled while the building was still under construction and the builder, Andersen Construction, allowed “hard hat tours” during scheduled hours prior to certificate of occupancy. Marketing efforts were heavily focused on driving traffic to the property website through SEO services, community outreach, email marketing campaigns and social media.

The Addy was set up for success from the beginning, but Community Manager Dana Earlenbaugh and her staff, Leasing Associate Josh Salazar and Maintenance Manager Melvin Baliton get most of the credit. Just read their latest review on Google+! Dana had experience managing other lease-ups for Guardian and understood the importance of starting early and building on momentum. Her enthusiasm helped establish synergetic relationships with neighborhood establishments that created an instant connection with the local community. Businesses like McMenamins, Footbar, World Cup Coffee, Sniff Dog Hotel, Noah’s Arf and Western Bike Works are just a few of the local businesses that were eager to partner with The Addy and provide goods and services for free or at a discount to residents.

Parking in urban neighborhoods is always a concern. The Addy has only 24 parking spaces renting for $175/month, but can also claim a Walk Score® of 95. The parking spaces did rent quickly, but this did not slow down leasing activity once they were full. Many residents take advantage of street parking nearby or simply do not own a car. (Roughly 20% of Addy residents are car-less.) Addy’s state-of-the-art bike room with 122 bike stalls, walkable location, and proximity to public transportation has attracted residents who are looking for a truly urban environment where a car isn’t always necessary.
The Portland Metro Area is expecting to see about 13,000 new apartment homes come online between 2014 and 2015. When supply increases, properties with the best location, onsite staff and customer service will remain strong.  The Addy excels in all three categories, making it well positioned to weather the development boom and remain a highly desirable community for the foreseeable future.
For more information about The Addy visit our community website at www.theaddyapts.com.